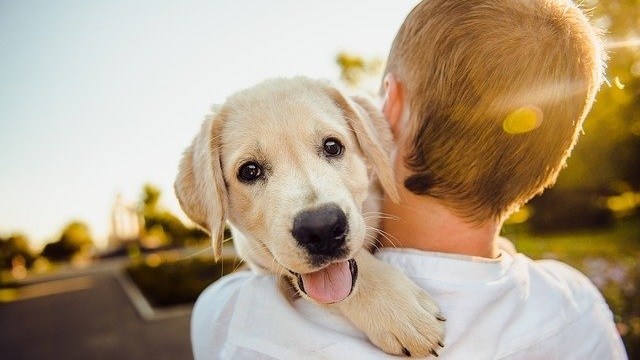 Man’s best friend, life companion, buddy. Dogs have attained many nicknames over history for a reason! They are faithful and loyal friends that want nothing else in life but to love us and be loved. Our canines accept us just as we are, and never leave our side. They touch us in such a way that it is hard to put into words the joy of having them by our side, and the pain we experience when they depart. Luckily, talented people are also touched by their love, and have left us many heartfelt dog quotes that help us express our feelings… and maybe drop some tears in the process. 😢

“Dogs are not our whole life, but they make our lives whole” – Roger Caras

Roger Caras may be famous for being a TV personality, but his fight for animal rights defined his career. Through the 90s, he was the president of the American Society for the Prevention of Cruelty to Animals (ASPCA), based in New York.

He loved all animals, but dogs were the ones that touched his heart the most. When he passed away in 2001, he was sharing his farm with 7 Greyhounds, 3 retrievers and 2 hounds, among other animals!

“She suffered from a chronic perplexity. […] She died sniffing life, and enjoying it.” – E.B. White

E.B. is synonymous with literary history, but also with a deep love for dogs. Among the many he had during his life, none marked him as much as Scotty Daisy. Daisy was the only pet to attend the writer’s wedding and White even went as far as writing a love letter to his pregnant wife as if Daisy was the author. ❤️

When his companion was killed by a swerving cab while she was smelling flowers, he was devastated. Unable to deal with his grief, he turned into his passion, writing. This quote is taken from the beautiful, heartfelt and soulful obituary he wrote in honor of Scotty Daisy.

“No one can fully understand the meaning of love unless he’s owned a dog.” – Gene Hill

Gene Hill is famous for his contributions to nature-related magazines and passion for hunting, but his writing skills and undeniable love for dogs gave him a place in everyone’s hearts. ❤️ Many of his famous dog quotes reflect his pure love and devotion for his companions. On one of his few adventures into poetry, he even wrote a beautiful love poem to his dog, titled “He is just my dog”.

“They had buried him under our elm tree, they said – yet this was not totally true. For he really lay buried in my heart.” – Willie Morris

This quote from Morris’ autobiographical book “My Dog Skip” (later turned into a movie) sets the tone regarding his love and pain for his belated companion. The book, filled with dog quotes that would break anyone’s heart, tells the story of a young 9-year old Morris and his inseparable buddy, Skip. 🧒🐶 Their bond was so deep and symbiotic that the entire town knew about their friendship!

“For if we suffer so much in losing a dog after an acquaintance of ten or twelve years, what would it be if they were to live double that time?” – Sir Walter Scott

Sir Walter Scott is an historical figure renown for being a pioneer in writing historical novels. What may be less known but is equally important is his obvious love for dogs. His companions often featured in his portraits and he once missed an important meeting because he was grieving one of his buddies. He laid him to sleep in his garden, next to the window where he sat writing so he could still feel him close by. ❤️

We don’t know when Erica Jong wrote or said this quote, but we certainly don’t doubt its veracity. The famous American novelist does not shy away from showing her love for dogs. Even when promoting her work and new books, she always finds a moment to talk about her lovely dog. Belinda is certainly a name known by every journalist who has had the pleasure of interviewing Erica! 🐕

“The one best place to bury a dog is in the heart of his master.” – Ben Hur Lampman

Lampman was a successful editor and essayist, living a quiet, private life away from the media. That’s probably why we don’t know anything about his pets. But we do know something – that he loved dogs. For only a master who has loved and has been loved by his faithful companion can write such a heartfelt poem as “Where to bury a dog” to honor him.

“Not the least hard thing to bear when they go from us … is that they carry away with them so many years of our lives. […] And whatever they take, be sure they have deserved” – John Galsworthy

Get your tissues ready, cancel any appointment you may have, prepare yourself with plenty of water to re-hydrate. Ready? Now go and read the essay “Memories” by John Galsworthy, detailing the moment he first saw his buddy, only a puppy with a wobbly walk, the adventures they lived together, his demise and some of the most heartfelt dog quotes you have ever read. 😭

“To sit with a dog on a hillside on a glorious afternoon is to be back in Eden, where doing nothing was not boring – it was peace.” – Milan Kundera

Milan Kundera never expressed his love for dogs in real life, but we know only a true dog lover can create beautiful and heartfelt dog quotes such as this! Besides, dogs are recurring characters in the author’s books, as a symbol of love, knowledge, loyalty and pain.

Little is known of Mary Carolyn Davies. She reached success in the beginning of the 20th century as a poet and writer of short stories, being the first woman to win the Bohemian Club Prize for poetry. 👩‍🎓 After publishing several poetry collections, she moved to New York in the early 30s, just to vanish from the public’s eye. Her quote regarding the loss of a 4-legged friend, though, remains as a memory of her love for dogs.

“The bond with a dog is as lasting as the ties of this earth can ever be.” – Konrad Lorenz

The 1973 Nobel Prize winner in Physiology or Medicine, Konrad Lorenz, never fully recovered from losing his buddy, Bully, when he was 17 years old. For a long time, he believed Bully’s ghost was following him, keeping by his side. He would hear his trotting and sniffing around but rather than feeling scared, he felt protected. And that’s the reason why this scientist believes the bond between a dog and a master surpass anything in the world! ❤️

Are you already holding you buddy tight while crying your eyes out and telling them you love them? We certainly have to enjoy and seize any opportunity to be with our buddies while we can! Which one of these dog quotes touched your heart the deepest? 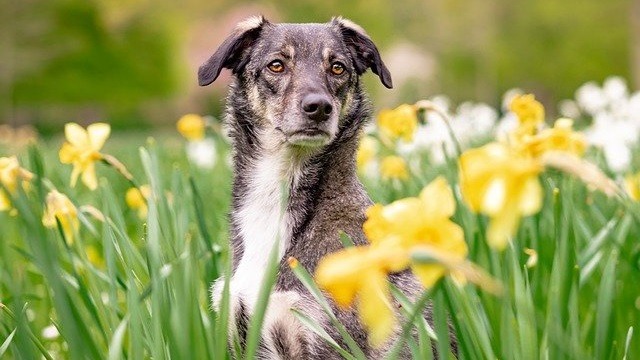 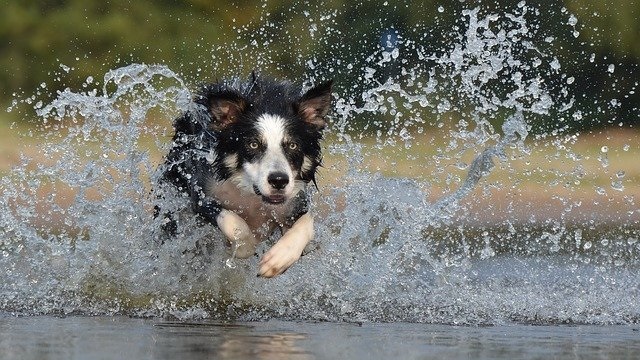